Those sailors in Second Life for the past few years will all know Heath Vercher (‘Heath Elvehjem‘ in SL). He gave many great concerts in SL New England, Sailors Cove, and multiple other locations. Heath often sailed with us, and he always enriched our lives.

Tasha Kostolany today reported that  Heath was recently involved in a severe MVA. Please read her note below, and please, please keep Heath in your prayers.

“Heath Vercher (Heath Elvehjem SL) has suffered the most horrible tragedy in real life.
For those of us that are older than 4 years old in sl you may have enjoyed Heath and his music all over SL. Though he has been mostly inactive in the past couple of years, there are many in our community that know him and have known him well.
[19:20] Misty Sapphire: [19:05] Misty Sapphire: Heath needs our prayers. For all of the loyal friends and family still in this group. Please keep Heath and AJ in your prayers. Tania and AJ were in a car accident yesterday involving a semi. Tania was killed, and AJ is in critical condition. I will pass on information as it comes to me. Please keep them in your hearts and prayers as they go through this tragic time.
____ 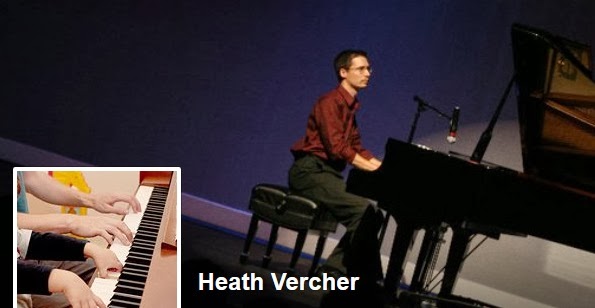 You can read more here.

Today the S4L Solstice Challenge officially opened, with a Regatta Party hosted by Elbag Gable in Eden Celebration sim. The event was rather wondrous, and well-deserved Kudos go to Elbag and all the great people in Eden, North Sea, and Fruit Islands!

And what a party it was! The first hour was a rather incredible lightshow by Tyrehl. It was so popular that at one point a full 67 people were crowded into the sim! (I didn’t think that was possible!)

The second hour was a performance by Lightning’s ABBA tribute in SL, held at the Eden concert stage. It was a pretty fantastic kick-off to the weekend of sailboat racing coming up!

Chaos slept through it 🙂

As most readers know, Solstice Challenge is a weekend race regatta to raise contributions for Relay For Life, one of the major SL fundraisers. There are sixteen great teams sailing in SOLSTICE, and each paid a donation “entry fee” to join the race. Many others in the sailing community then generously chipped in too, matching the racer’s contributions or paying to sponsor boats, greatly increasing the fundraising total.

The response has been pretty great so far, but hey, you can still donate any time you want over the weekend to support your favorite team or the whole fleet. There will be Sail4Life kiosks at all the spectator platforms for each race!

Here’s a list of the teams that will be racing on Saturday in four timeslots. Each qualifying event is hosted by a different SL Yacht Club, and the timeslot fleet will sail that club’s home water. The four timeslot winners will then meet on Sunday morning in Sailors Cove for a FINALS shootout to pick the regatta winner!

Hawk takes SL-VT Round One

After three match-race elimination sets on June 5, Tradewinds Yacht Club winnowed its large challenge fleet to just three finalists: Amythest Wingtips, LDeWell Hawker, and Trapez Breen. As the sun rose over Southwest Nautilus on June 6, these three champions converged again in Dex to test their skills in a  final shoot-out to decide the Round One SL-VT winners.

The race format was simple and effective; there were three match races that paired all the finalists. The races used the same straightforward windward-leeward racecourse as the previous day from the Siracusa raceline next to TYC’s home port at Dex.

However, please don’t assume that made the race strategy ‘easy!’  Liv Leigh set the wind directional shifts =”20,” and that large variance forced sailors to adjust their tactics to the shifting conditions; this was a race where vigilance and creativity paid off.

Having said that, let me also add that the current version of the ACA33 has relatively limited user options, a very forgiving polar, and a fixed sail set that uses a “Real Wind” engine. It’s an easy boat to sail, but perhaps like the Tako,  the boat’s limitations present extra challenges in championship-level competition…

The skippers who met in the finals today certainly know the strengths and weaknesses of the ACA33, and know how to sail that boat to WIN…

The Sunday Final Race Set went off at exactly 6:00am (great organizing, Liv!), and Amythest and Hawk were head-to-head in the first race match-up.

Liv decided on a 3:00 minute countdown for this series; that gave the boats ample time to jockey for position before the start gun went off.  I talk a lot about this here, but let me say it again: Start line strategy is incredibly important in both RL and SL sailboat racing,”  but maybe it is particularly true in a “point and shoot” real-wind boat like the ACA. I think most sailors will agree that  ‘A good skipper who wins the start will usually win the race.’

OK; Amythest is a very good sailor, and the Race Committee conference chatter was full of compliments about her skill and speed; she certainly earned her place in the finals lineup by beating some pretty tough competition. However in this final round she came up against Hawk, the ‘Minnesota Fats’ of ACA racing. Hawk’s performance was a good lesson on start strategy. Here’s what I’m talking about:

Look at the frame sequence above. In this first race Hawk had nerves of ice, approaching the line on a straight shot course leeward of Amythest, aiming to scrape alongside the windward buoy. Hawk played a ‘Classic’ start, and it proved to be the ‘Money Shot’ in this race.

Amythest  took a higher-stakes gamble attempting a windward-reach approach to gain momentum. I assume she planned to hit the line ahead of Hawk, with enough time to barge clear. In “a” you see their positions one second before the Race Start. Hawk has ROW and never changes course, but his timing and position effectively blocks Amythest, pushing her against the windward buoy. Hawk cuts the line at a perfect 00:00. Amythest is trapped, and forced to regroup (“b-c“). She spins the wheel to avoid a collision, and loses five seconds in the process. Much worse, she loses all her prestart momentum and ends up far astern of Hawk as the race begins.

Frame “d” shows that Amythest is still in the game however, full of guts and enthusiasm; she strategically cuts to a port tack as soon as she makes it over the line, but she ends up handicapped and never gets within striking range of her opponent. However, please don’t ever count Amythest out; despite the traumatic start to Race One, Hawk beat her by only 23 seconds. If I were Hawk, I’d really worry about the next match-up with Amythest. 🙂

Moments after the race conclusion, Trapez Breen moved up in position to challenge Hawk in the Second Match of the Round One Finals.

At first glance, the start looked a little like a replay of the first race. I’ve watched quite a few competition races, and I’m a big Trapez fan; she is lightning quick and makes precious few errors. In this case however, Trapez reached the windward edge of the line several seconds early. Her premature timing forced her to fall off and loosen sheets, but it did not  impair her momentum to any significant degree.  As you can see in the sequence below, Trapez cuts the line at 00:00 far leeward of  Hawk, who once again crosses next to the Windward buoy at 00:01.

Trapez of course has ‘skill to spare‘ and quickly showed she had little concern over where she cut the raceline at the Start. After the first tack, she set a course clearly higher and windward to Hawk; an advantageous position. She played it for all it was worth, rounding the Top Mark several boatlengths ahead of Hawk. She then adroitly flipped her sails into wing-position to take the long run home.

Hawk took the turn moments later too, then lined up in Trap’s wake to play the only card Hawk had… As shown in the sequence below.

Hawk’s only chance was to snuggle up to Trapez and sit squarely on her stern, grabbing all the wind from her sails in his shadow. From far overhead, the Race Staff saw Hawk slowly gain momentum as Trapez gasped for breath. At the halfway red marker, Hawk saw an opening and made his move…  he swung past Trapez to grab the lead.

Trapez wasn’t done yet, however... she knows two can play this game. As soon as Hawk moved forward, Trapez had good air again and she used it to throw a blanket on Hawk. Although she then expertly closed the distance between the two boats, I guess we all know that “timing is everything” in life. As the boats approached the startline-turn, Trapez was overlapped but had no chance to pass Hawk.

As shown below, Hawk took the turn inside and fell on a course windward and parallel to Trapez starting the second lap. Once again that meant Hawk had the control position and Trapez fell back, caught in his foul air.

After one of the most exciting duels of the regatta, Hawk blew over the finish line at 06:34, a spare fourteen seconds ahead of Trapez.

With two wins under his belt, Hawk was the clear victor du jour for this event, but the second spot on the TYC SL-VT Challenge Team remained undecided. Amythest and Trapez therefore came back to the line for the third, and final, race on the Sunday TYC dance card.

After her tough match and close loss to Hawk, there was no way Trapez would take second place again. From the moment the air horn blast announced the Race Three countdown, Trapez took off, looking for a win. She quickly grabbed dominant position during the mill, and focused attention on blocking her opponent rather than hitting the line at 00:00.

That strategy paid off big: Although Trapez crossed the line at 00:17 after the ‘official’ race start, she knew that number was irrelevent; she wasn’t racing against the clock, she was racing Amythest. Trapez used the time to decisively block her opponent, and she hauled over the line a full ten seconds ahead of Amy. Woots!

Amy ran a GREAT race, and the day before she soundly beat all her competion. During the final series, the Race Committee chatter was full of praise for her skill and determination; but on this day, in this final race, it was all Trapez.

My guess is Amythest’s day is coming up very soon!

The 1-2-3 medals fell to Hawk, Trapez, and Amy; well deserved awards for some pretty great sailing.

Given the fun and excitement from Round One of SL-VT, I can’t wait to see what’s in store as we build up to the Finals in August!