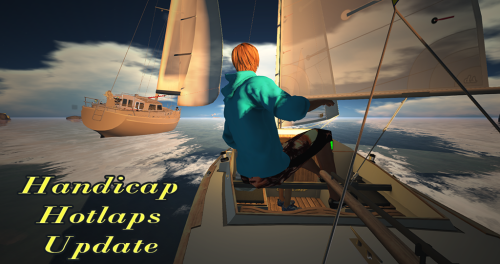 Yikes. It’s been nearly two years since I’ve posted Handicap Hotlaps results, and that’s way too long! Since those 2013 performance numbers came out, a dumpster full of new ships were launched in SL, and it’s time for a Hotlaps update! 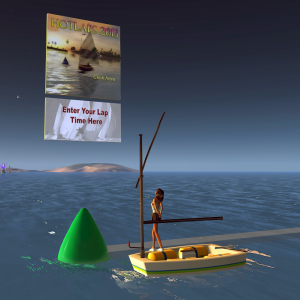 Some sailors (anyway, at least six of you) may remember Hotlaps.  It’s a format that lets skippers do solo practice runs and then then upload their lap scores to a simple online spreadsheet.

The data lets skippers compare their personal lap times with those of other sailors. The combined lap times can also be used to set a ‘relative performance index‘ for the different boat classes in SL (at least under the ‘trial lap’ wind conditions).

You can can read about the history of Hotlaps here  and you can get the practical details about sailing a 2015 lap by clicking here. 🙂 At the moment, there are five different raceline locations where you can run a Hotlap, and each one has its own course: BREADNUT, KNAPTRACKICON, LINKOUS, SULU, and HEPURN. All you need to do is click the poster at the raceline to get details.

The current round of Hotlaps began in 2013; since then, a total of 98 skippers have logged 632 laps, sailing 49 different boat categories. Kudos to the following skippers who uploaded their laptimes:

The uploaded lap data for each raceline is entered into a spreadsheet with separate columns for different boats. The scores are then used to determine the “average lap time” for each boat class. Here’s an example of one spreadsheet:

To make comparisons easy, the spreadsheet results are then expressed relative to an Index Boat, the Quest Melges-24 using a simple ratio:

These findings support the idea that hotlaps scores can be a useful parameter that predicts sailing performance for different boat classes (and sailors) on any race course in Second Life.

The figure shown to the right is a summary that lists the average Performance Factors for each boat class sailed on all five race lines.

The results aren’t too surprising. They show that the M-24 (PF=1.00) is a pretty speedy racer with lap times comparable to much larger boats, including the ACA33, Mesh Shop VO-70, WW OP-60, and even the Nacra-17.

A series of more traditional, classic racers and cruisers are slightly slower. These include most of the Trudeau boats (Trudeau 12m PF=0.88) and Bandits (Bandit IF=0.69), as well as boats by Rene Marine and Craig Ktaba. Of course, fastest isn’t always best. One of the most popular cruisers in SL turns out also to be the slowest in this bunch. Motor Loon‘s great Loonetta 31 earns a rather tardy PF=0.66. 🙂

At the other end of the spectrum, it’s perhaps no surprise that a number of high performance ocean racers walk away with top awards as speed sleds on SL waters. As a class, they rank a good 15-20% ahead of the (already very fast) Melges-24. These big, super-speed machines include the Wildwind Wildcat-45 and OP-60, the Mesh Shop OD-65 and Cafe 75, and the RCJ-44.

All these numbers and comparisons raise more questions than they answer. It will take more test laps and varying conditions to see how reliable these ratings are, and how generally they apply. I’m therefore pretty thrilled to see that Petra Paname and Bridget Beresford have each started their own versions of Hotlaps trials. It will be fun to compare the results with more boats, more sailors, more laps, and more race conditions! 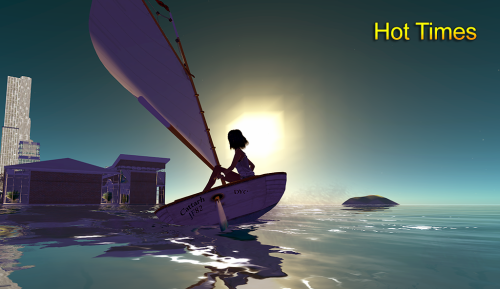