ONE WORLD is a multi-week, crewed racing event that will hit the water in early January 2011. Teams of sailors will compete in Trudeau ONE boats in a fun regatta that celebrates all the SL Sailing Community.

The race format will be similar to last year’s J-CLASSIC, with the Rules and organizational details worked out on SLSailing.net over the next eight weeks.

Before I tell you the race details (and ask your help designing the event), I wanted to briefly comment on the Name, Logo, and inspiration for the sailing series.

“ONE” pretty obviously refers to the real-life International One Design (IOD) race boat commissioned by Corny Shields 75 years ago; in SL it also signifies Jacqueline Trudeau’s benchmark emulation of that IOD classic: the T- ONE sloop. A T-ONE Regatta is particularly timely, since this past summer Fishers Island Yacht Club won IOD WORLDS in real life. 🙂 We should give Sailors’ Cove a chance to repeat that winning sail in Second Life!

In choosing a logo, an attitude, and a context for the upcoming ONE WORLD event, I thought we might all agree that “ONE” in this context also stands for the bond that joins the sailing community in RL and SL. We are indeed “ONE.”

I therefore thought this regatta might reflect the goals of the International ONE Campaign.

A few years ago, Bono, Bill Gates, Bob Geldorf, the Buffett Foundation, Intel Corp... along with many other concerned individuals and international aid groups combined efforts on a number of critical, worldwide projects. They recognized that together we share the resources needed to solve serious global problems, including hunger, extreme poverty, mass communicable disease, and fundamental education needs. Of course no group can do everything, and some important goals will remain beyond our collective grasp for decades to come. But hey… c’mon,
Let’s all fix what we can, and let’s do it NOW.

ONE does not want your money. You can’t donate to ONE on their website; That’s not their issue. They want something more important. They want your vote and your voice in support of ONE goals.

Politics often becomes a serious barrier to the delivery of aid and prioritization of effort. Having the knowledge and resources to fix a problem frequently is not enough; It’s also important to engage the political will.

ONE.org wants and needs your voice. ONE needs the weight of global support, the combined affirmative voice of millions on this frail planet who are willing to endorse common goals… ONE goals… to relieve suffering, address fundamental needs, and advance basic, human dignity.

Actually, don’t listen to me. There’s an old, retired guy who explains it better than I can. I hear he spends most of his time playing bridge these days.
Thank god he has a smart wife… 🙂

If you have the time, please check out the 70 minute full discussion of ONE’s goals from October 18 2010.

The ONE WORLD Regatta in Second Life is not directly linked to the ONE Campaign. I actually declined several offers of outside support for ONE WORLD this year. That way the event will stay unfettered and independent, and part of SLSailing. If it goes as well as last year, we can all decide what forms of external, ‘corporate’ sponsorship and fundraising links for such future events make sense.

Having said that, I admit readers here also know me, and where I stand. SL is not a game, and SL Sailors are the real thing. I often rant here that, on a planet 70% covered by water, critical human advances will always fall to a small group of determined sailors, those willing to focus unflinching on a far horizon… and shout RAISE! in one, loud voice, together.

So… I know most of you are very busy, and can’t afford to donate lots of time or money at the moment. But…
GRIN. If you’re reading this, you’re already a sailor. Please consider joining a ONE WORLD sailing team and be part of the multi-week, crewed regatta whenever it suits your schedule. Oh, and go look at ONE.ORG, see what you think, and consider adding your name to their roster if you like what they do.

With that single, simple gesture you could…
well…
Save the World.

Maybe that’s not such a bad thing. 🙂 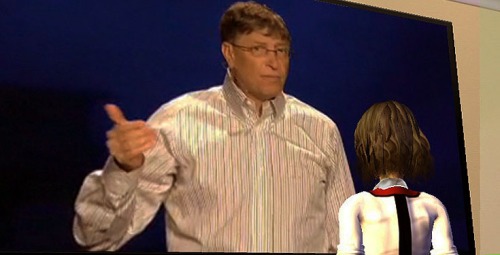 This entry was posted in ONE WORLD, Racing, Trudeau One, Trudeau Yachts. Bookmark the permalink.

2 responses to “ONE WORLD”