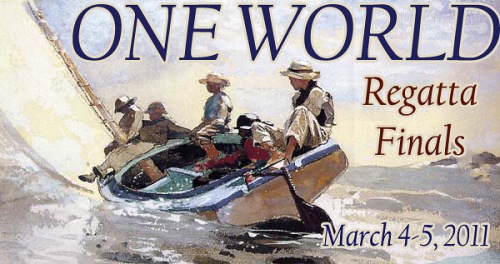 With the conclusion of ONE WORLD Round Eight last weekend, two months of OW Qualifying Races are now at a close.

That means the the field of competitors now narrows from over two dozen original teams to a spare Finalist Fleet of Four. 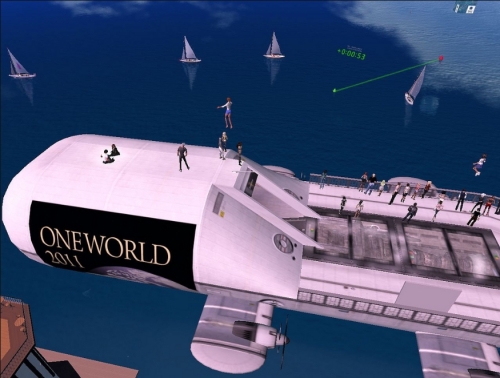 Round Eight - Courtesy of Silber Sands

The last round in Blake Sea proved a hard sail, and SYC’s co-commodores Chad Sawson and Aislin Keynes truly deserve a standing ovation for their efficient management of the event under difficult circumstances. However, when the weather cleared on Saturday the results were apparent: Four teams sailed away with perfect low point totals based on their string of first-place timeslot victories. Despite four discards built into the scoring, no tie-breakers were necessary.

Woots! Here’s a snapshot of the Qualifying Ranking and Round points for all the teams that completed the minimum number of timeslot races:

Thank you to Hay Ah for keeping all the event data organized; interested sailors can see the details for all thirty-six ONE WORLD races on the One World Results Spreadsheet.

Now we need to pick a winner, and the FINALS event will be in Sailors Cove on March 4-5, hosted by Fishers Island Yacht Club. Huge kudos to Patrick Leavitt and Fanci Beebe from Sailors Cove, and Hay Ah, Kentrock Mesmer, and Joyofrlc Acker for coordinating the event!
A Regatta Party will kick it all off on Friday 2:00-3:00pm SLT, and it will have a “Disco” theme.

Saturday morning the races will take off from Plum Gut sim starting  at 8:00am SLT. Here’s a poster to help keep it all straight:

The Finals Course Charts by Kentrock are shown below. There will be four races, each lasting approximately 15 minutes. The results will be scored using a standard low-point system with one discard, and ISAF Rules Appendix A 8.1 and 8.2 will be used to break any ties.

Click or double-click on a chart below
to get a full-sized version. 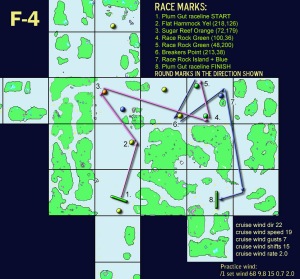 Kentrock Mesmer and Hay Ah are the Race Directors, and Silber Sands will serve as #1 Judge. As usual, Momomos Netizen will set up blimps all around the course so spectators will have a great view of the racing boats, and SL Coasat Guard will do their usual, wondrous job keeping the race lanes open. The rest of the staffing details will be announced prior to the first event.

Following the races, Fishers Island Yacht Club will host the Awards Ceremony
and a Regatta Closing Party in Clipper Bay sim. MarkTwain White and Cory Copeland will hand out the trophies!

This entry was posted in announcement, Fishers Island Yacht Club, ONE WORLD, Racing, Trudeau One, Trudeau Yachts. Bookmark the permalink.